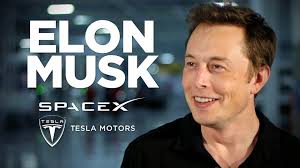 Elon Musk, CEO of Tesla and Space X, is one of the world’s most technologically minded men. Yesterday, this insight and expertise propelled him to donate $10 million toward research aimed at making artificial intelligence safe.

At first glance, this may seem like a surprising move for a guy that is actually working on building autonomous cars, but Musk has long expressed paranoia when it comes to “Terminator-like” technology. Check out some of these tweets from August of last year…

Hope we’re not just the biological boot loader for digital superintelligence. Unfortunately, that is increasingly probable

Worth reading Superintelligence by Bostrom. We need to be super careful with AI. Potentially more dangerous than nukes. — Elon Musk (@elonmusk) August 3, 2014

No doubt, these tweets may appear like they’re coming from a man that has watched too many Sci-Fi flicks, but that’s really not the case. Musk is actually drawing from one of the world’s most intellectual pools– Oxford.

In case you didn’t know, Superintelligence— the book Musk is referring to– was just published in 2014 and is written by Oxford philosophy professor Nick Bostrom. In the book, Bostrom argues that if AIs surpass humans in general intelligence, then humans could soon be replaced as the dominant life form on earth.

For Musk, a super human of sorts, this was about as frightening an idea he could have been confronted with.

In regards to his donation, Elon told The Verge, “It’s best to try to prevent a negative circumstance from occurring than to wait for it to occur and then be reactive.”

“This is a case where the range of negative outcomes, some of them are quite severe. It’s not clear whether we’d be able to recover from some of these negative outcomes. In fact, you can construct scenarios where recovery of human civilization does not occur. When the risk is that severe, it seems like you should be proactive and not reactive.”

Starting on Monday of this week, Musk’s $10 million will be up for grabs for researchers looking for grant money. In charge of distributing the money, the Future of Life Institute has embraced all types of applications, stating, “The plan is to award the majority of the grant funds to AI researchers, and the remainder to AI-related research involving other fields such as economics, law, ethics, and policy.”