Today, Chrysler announced a recall for an estimated 184,215 SUVs due to a possible short circuit in a aprt that could disable the airbags and seat belt pretensioners. It’s a malfunction that is identical to a September Ford recall. 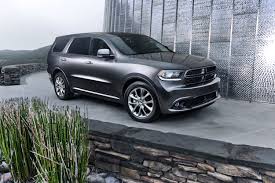 The specific models impacted by the recall are the 2014 Dodge Durango and Jeep Grand Chrokee SUVs. Chrysler said that they are unaware of any deaths or injuries linked to the malfunction.

As a reminder, Chrysler also wrote, “All affected customers will be advised by Chrysler Group when they may schedule service, which involves ORC module replacement. In the interim, customers are advised to use their seatbelts, as always. Seat belts comprise a vehicle’s primary restraint system.”