Automobile Magazine has reported that Ford will be debuting a mass-market electric vehicle that will be able to run for 200 miles at a time. According to the report, it will be unveiled later this year and debut in 2017, which not-so-coincidentally is the same year that GM plans to release the new Chevy Bolt and Tesla plans to release the Model 3.

Obviously, 2017 is going to be a huge year for the auto industry. It is believed that both the Bolt and Tesla Model 3 will be available for under $40,000, which would make this the first legitimate and affordable electric vehicle race in history. Throwing Ford in the mix only cements the competition and the benefits to drivers. 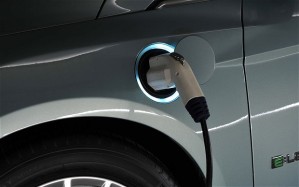 While the competition is coming from all angles, I still personally believe that Tesla has the upper hand. Not only have they been all-in on the idea longer than bothe GM and Ford, but their patents and investments are far more reaching, as well.

The biggest of these investments, no doubt, is the MASSIVE $5 billion Gigafactory– which is aimed at the production of EV batteries– that Tesla is currently building out in Nevada. This factory could end up being Tesla’ ticket to market dominance, as they will be the primary company building and developing EV battery technology. And as we all know, developing new technology is the way of the future.

For Ford, it’s a good thing that they’re finally getting serious about the race.