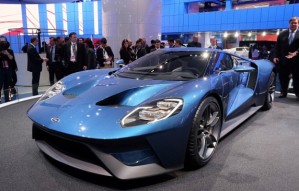 With the debut of the new Ford GT at this year’s Detroit Auto Show, a new wave of Ford supercar fans were instantly born. Of course, every old timer and his brother will be rolling their eyes at the reverence, but let’s be real: who could blame the young-ins for feeling that way? Blending stylistic elements of the past with the modern marvels of today’s technology, the new GT supercar is amazing!! Hands down.

As great as the new GT is, though, the old timers are right about not getting the facts twisted: in regards to history and cultural importance, there will never be a Ford supercar as important or bad ass as the original Ford GT40. Don’t believe it? Well, it might be time to take a rewind through history.

Built out of a heated dispute between Henry Ford II and Enzo Ferrari, the original GT was built specifically to destroy all Ferrari vehicles on the world endurance circuit. And guess what?? It did just that!

Partnering with Lola Cars, Ford produced the Ford GT40 in 1964 and went on to knock off Ferrari as the 24 Hours of Le Mans champion, an unthinkable feat at the time. 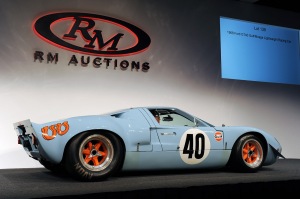 To this day, the Mk IV GT40– which won the race in ’67– is the ONLY car that was designed and built entirely in the US to snag an overall win at Le Mans.

As impressive as that is, the GT40 didn’t just stop there. In addition to its dominance at Le Mans, the GT40 was also a 4-time FIA International champion and soon to be world icon that last year sold for a wild $6.93 million.

So, what I guess I’m trying to say is: yes, the new GT is amazing and all, but none of it would be possible without the GT40– the greatest Ford supercar of all-time.