Ford is offering a new utility vehicle for police to carry equipment, act as K-9 transports, or perform some off-roading. The 2016 F-150 Special Service Vehicle is available in SuperCrew or SuperCab interior configurations, four-or two-wheel drive, and 5.0L V-8 or 3.5L EcoBoost V-6 engines. This is just one part of a series of new options for their police marketed vehicles that we’ve seen this year.

Earlier this month, Ford launched it’s new factory installed stealth interior lights for police interceptors. These light bars are built into the slim area between the windshield and headliner and would replace standard roof-mounted red/blue light bars. This way they can blend in better with regular traffic to catch lawbreakers by surprise. 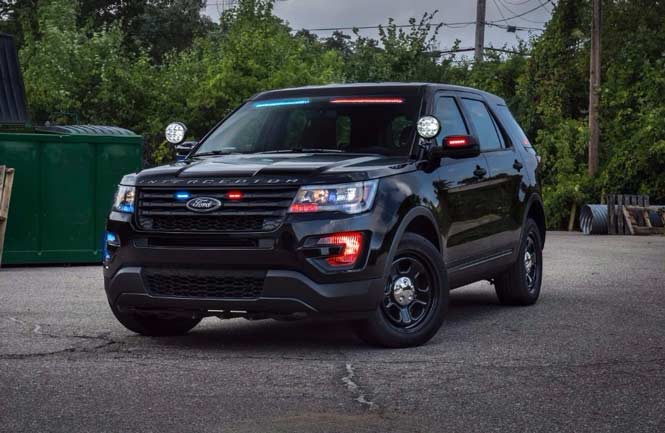 The last upgrade from Ford was their new bullet-proof door panels that can even stop some modern sporting-rifle calibers. Using a layer of ceramic tiles and a “kevlar-type material”, the extra protection should give police a better chance of surviving a deadly encounter with a shooter. Despite that, some law enforcement leaders in the U.S. feel that the new doors are unnecessary. Supposedly ballistic vests are sufficient, and if they ever expect to face lethal force they would send an armored vehicle. 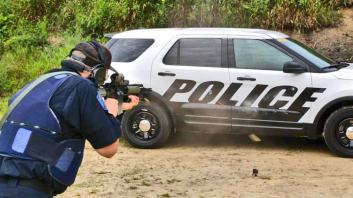 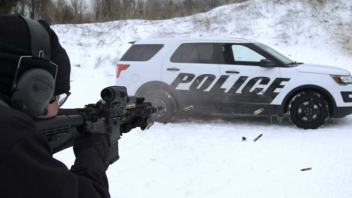