On Wednesday, 29 year-old Jason Warnock was photographed saving 23 year-old Matthew Sitko as his 2000 GMC Yukon was about to plunge off of an Idaho cliff. According to police, Sitko had experienced a “mental episode” while driving before slashing through a back garden and two terraces.

Seeing the collision, Warnock rushed to a nearby pedestrian footbridge, climbed to the cliff face, and rushed toward the vehicle. Initially, Warnock tried to break through the vehicle’s window but was unsuccessful.

Between calling police and trying to figure out what to do next, the injured driver managed to roll down his window, allowing Warnock to pull him out. 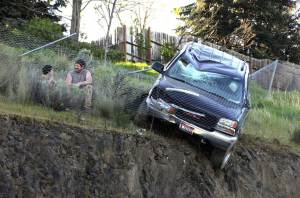 In an official press release, Lewiston police said, “[We want to] thank Jason Warnock for his quick and decisive actions in helping Mr. Sitko and preventing the situation from worsening.”

In regards to Sitko, Police chief Roger Lanier also said, “He was treated for his injuries, which were minor, but he’s also being treated for some mental health issues.”

Fortunately, it appears that since the event, everything has turned out fine and Sitko appears to be in good spirits. on his Facebook page, he even posted, “Good morning everyone! I am truly blessed by God today!! Thank you God & Jesus for taking care of me!! I love you!” 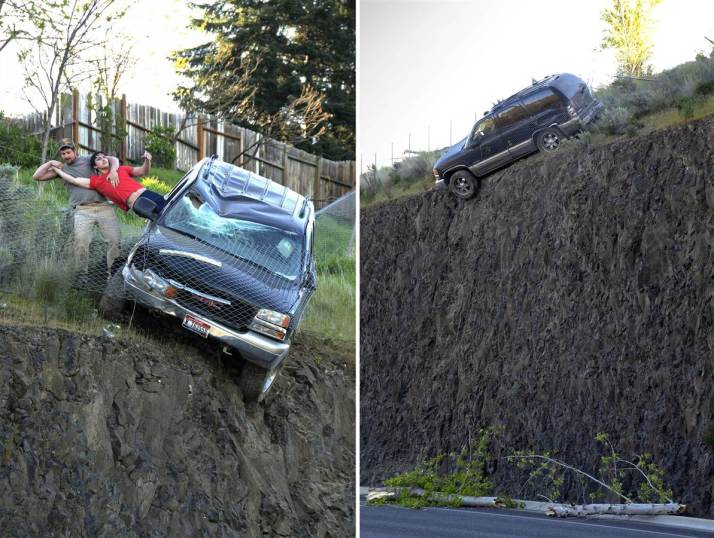