Fiat Chrysler CEO Sergio Marchionne announced long ago that he will be stepping down from his position in early 2019. Now, rumors are circulating that ole Sergio is looking to make a major legacy move in his waning years, hoping to send the future of his lapsing company (FCA has one of the highest debts in the entire industry, yet they are still re-building and revamping??) in a more positive direction.

So what’s the old duck got in mind? A new product? A new innovation? Going all electric?

No way. Get this. Sergio actually wants to SELL THE COMPANY.

“Marchionne has clearly planted the ‘for sale’ banner,” a banker close to PSA Peugeot Citroen and General Motors said in an interview with Reuters. “He’s been sending out feelers everywhere in an attempt to create optionalities, but so far no one is biting.”

Of course, no one may be biting now, but that’s because there is no immediate rush. Still, there have been a lot of rumors circulating about what will inevitably happen.

These rumors, of course, start with the fact that Marchionne and Fiat’s founding Agnelli family have been expressing strong interest in finding a United States buyer. Why? Well, it’s because Fiat Chrysler knows that the U.S. provides them with their best selling opportunity. The U.S. market has been key to the FCA brand for years, especially in regards to the surging Jeep brand. So, why wouldn’t an American automaker want in on that?

Now, get this. Reuters is also reporting that Marchionne and Fiat Chrysler are zeroing in on GM in particular, citing that the company is strong in the markets that FCA has struggled with for years (China). Also, adding to the intrigue is the fact that GM has been unsuccessfully trying to break into the European market for years. Guess who has that inside track?? You got it; Fiat Chrysler. 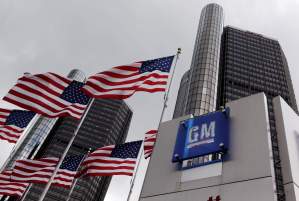 From a business standpoint, it sounds like a match made in heaven, right? Many insiders certainly seem to think so. “[A GM partnership] makes a lot of sense in terms of geographical synergies and global market share,” said a U.S. bank close to the matter in another interview with Reuters.

But should we all believe this? Or should we just write this off as another story circulating from the rumor mill?

Well, do with this information what you must, but DO BELIEVE that Fiat Chrysler IS SELLING, and its most likely looking to the U.S. market.

“The U.S. is where FCA is focusing now,” says an FCA spokesman. “Marchionne is doing a lot of work on his last deal and something will happen before 2018.”

3 thoughts on “Could GM Soon Buy Out Fiat Chrysler??”