Over the last few years, Volkswagen has made it known that they are gunning for the number 1 world automotive sales spot (currently, they are trailing only Toyota). Their strategy for snagging that title, of course, depends on one thing… whether or not they can grow here in America– the world’s richest market.

That’s a huge task. As of right now, Volkswagen’s United States sales are floundering and out of all of the major, MAJOR automakers their presence is the least felt.

Today, Volkswagen addressed that issue when they announced plans to expand their Chattanooga plant by 130,000 square feet as a tack-on to their already $900 million expansion project. The new investment is expected to add 2,000 jobs. 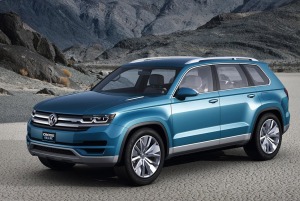 “What we’re doing a little bit here is pioneering work,” said Dr. Matthias Erb— the man in charge of establishing the facility for the German automaker.

“We’ll be moving over research and development functions. This will be the central entity in all the U.S., and hopefully all of North America… This is a huge commitment to the market.”

Currently, there are 5 other VW locations inside of the United States and one in Mexico. But none of them compare to the size and magnitude of the developing Chattanooga plant, which primarily builds the Passat and their new crossover design based on the CrossBlue concept.

For Volkswagen, their praying that this new investment pays off; last year, their American sales were down 10 percent, a scary number considering that the rest of the auto market soared 5.9 percent last year in the U.S.