Recently, a Colorado man used his good ole American pickup truck as a rolling billboard to help save his wife’s life. On the pickup, he asked for blood donors with type O blood to help in his wife’s search for a new kidney.

Seeing the ad, a good Samaritan then posted a picture of the truck to Imgur and shared it to Reddit. Since then, the image has gone viral and a ton of people have come out in support.

Several donors are now going through the screening process to help his wife out! In fact, the University of Colorado Hospital has said that they’ve received so many calls that they can’t respond fast enough.

EVERYDAY HEROES – Spotted today in Colorado where the average wait for a kidney of her blood type is 4 years. Let’s help him save his wife by LIKE’ing and SHARE’ing this pic across Facebook. #everydayheroes 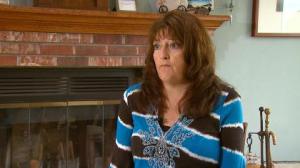 Michelle Stewart– the man’s wife– has now come out to thank everyone for their support in a post on Reddit. In the post, Stewart says, “Thank you. The support on the Internet has been amazing. I’ve gone from no hope and struggling to share my story to million of people seeing it. I’m without words. I feel very blessed and honored.”

She also went on to say that she has actually been searching for help for over a year, saying that she’s been battling lupus since the age of 13. Since that time, she has suffered a stroke, seizures, and temporary paralysis. She’s also had to undergo chemotherapy and has been through two different comas.

Without a doubt, if there was anybody that ever needed help, it was certainly her, and it’s great to see so many great people get reached so they could come out to help her. Thank goodness for the internet!