Earlier today, in a conference in Atlanta, Ford announced that they would once again be teaming up with Microsoft for wireless software updates in its next generation of cars.

This, of course, is not the first time that Ford and Microsoft have joined forces. In fact, Microsoft developed the first two generations of Ford’s Sync infotainment system before being replaced by Blackberry.

“We’ve obviously had a good, long relationship with Microsoft,” said Don Butler, director of connected vehicles at Ford. “Microsoft understands the automotive environment and the kinds of experiences that we’d like to enable.” 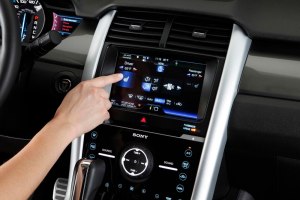 According to reports, using Microsoft’s cloud service will allow drivers to connect to the internet and download upgrade features straight to their vehicle. Having this, however, will also allow the company to gather more data about how owners use their vehicle (let’s pause a second while conspiracy theorists heads explode…. okay, let’s continue).

Butler says that the gathered data “will increase our ability to understand the user experience inside the vehicle . . . with the informed permission of customers.”

This data will also help to diagnose mechanical problems and alert owners and dealers when maintenance is needed.

This may all sound a bit intrusive, but don’t worry… everything in this world is anal-probe-level intrusive nowadays. Don’t believe me? Well, check out this recent report from Massachusetts senator Ed Markey. During his investigation, he found that nearly 100% of cars made today “include wireless technologies that could pose vulnerabilities to hacking or privacy intrusions.”

Jeez!!!! Get your tinfoil hats and bomb shelters ready because they are tracking everything!