Over the last few weeks, there’s been a lot of buzz about Apple joining the electric car race. The source of this buzz… rumors that Apple will be continuing forward with their Project Titan vehicle, a funky looking car that may end up looking like a modern spin of the Volkswagen Rabbit. 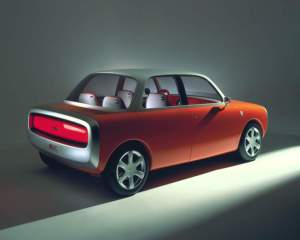 According to reports, Apple has already put a few hundred people, many of which are new hires from the automotive industry (including some that have may have been poached from Tesla), to work on the car’s early development.

But will this company have a legitimate chance to make a splash in the locked-up automotive world, an arena that is dominated by companies that are over a century old?

Well, many have their doubts, including Erik Gordon– a professor at the University of Michigan’s Ross School of Business. In an interview with Bloomberg, Gordon says, “They weren’t in the phone business and succeeded, but the car business will be more difficult by two orders of magnitude. You can easily contract with a company in China to do the simple assembly of a phone but you can’t so easily do it with the complicated assembly of cars.”

But there are a few advantages that Apple does have in regards to making competitive vehicles.

Possibly the most important is the fact that today’s cars are becoming more and more technologically driven. This, of course, is only going to increase each year as autonomous and electric cars take over more and more.

Jon Bereisa, the CEO of Auto Lerification LLC– a company that worked on the Chevy Bolt, says, “With autonomous cars, there will be more software, more computation and more controls and some of that could even reside in the cloud.”

Sam Jaffe– a senior analyst at Navigant Consulting Inc.– agrees, “[Apple is] going to have to enter into new markets. It’s inevitable that one of those markets will be automotive. The future of the car industry is how to replicate the design ethos of consumer electronics.”

Another advantage that Apple has is simple… MONEY.

In fact, Apple has a $178 million piggy bank that they can pick from for research and development. That gargantuan number is six times the amount of cash that Volkswagen AG has available and seven times the amount of GM, per Bloomberg. To get a better scope of what that means, think of it this way–Apple’s money hoard would be enough to fund GM’s operations for the next 20 years!!

Because of that, Apple is now deciding to go hard in this new direction, knowing that they have the money and the resources and the ambition to make it work.