Over the past year, the UAW has fought hard to represent workers at Volkswagen’s Chattanooga, Tennessee auto plant. Two months ago, they earned that right by securing membership from 45 percent of the factory’s workers.

This month, however, a new group opposed to the UAW– known as the American Council of Employees (ACE)– has emerged as a viable alternative for worker representation. In fact, they just achieved official recognition from the plant by securing membership from 15 percent of the factory’s workers.

But why exactly is the ACE so interested in fighting it out the UAW?

Well, it mostly has to do with cutting out the middle men, the politicians, the politics, and most importantly… the bullshit.

The ACE, instead, wants to be grassroots, a true “for the people” organization.

On their official website, the organization says, “While we seek to work toward the same goals claimed by the failed union model: increases in productivity, elimination of unnecessary production costs, a safer more efficient plant, expanded production and opportunity, competitive wages, job security, and a high quality work environment; ACE seeks this representation free from the outside influence of union bosses, bureaucrats, special interests, and the political agendas that tie them all together.”

Emerging as the leader for the newly formed ACE group is Sean Moss– the organization’s first-ever president. Moss, of course, was one of the leading voices that attempted to keep the UAW away from the plant early last year. 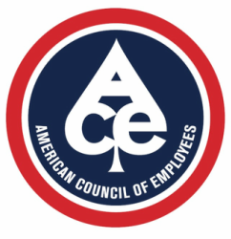 In an open letter to his fellow Volkswagen-Chattanooga employees, Moss writes, “The American Council of Employees only has a new vision and resolve. That vision is to step off the path of repeated failure and forge a new way. A way that we believe has brought about this new policy. A policy which allows employees to use the voice they already have, not the voice that the failed UAW model claims to provide.”

“ACE is reaching out to all employees, both hourly and salaried, seeking members to strengthen a voice that will speak for ALL employees, member or not. ACE is not aligning itself with politicians and agendas for empty promises. ACE is not interested in scalping employees from any industry in an effort to inflate member rolls and a general treasury.”

Without a doubt, what Moss writes sounds great, but can he really make this organization succeed? And more importantly, can he make it succeed without compromising his integrity and moving in a more political direction? Well, we sure hope so. But one thing’s for sure… he isn’t going to be able to do much without recruiting people that were anti-organization in the first place. No doubt, that’ll be a difficult task.