Last week, 60 Minutes and Lesley Stahl reported on the threat of car hacking, bringing us face to face with a live example of a hacker controlling a car’s windshield wipers, horn, and even brakes. This, of course, is happening because the internet as we know it today is wide open, offering very little in the way of security and protection.

“When DARPA (Defense Advanced Research Projects Agency) invented ARPA-Net — which became the Internet — half a century ago, it never envisioned the type of cyber vulnerabilities we face today,” writes 60 Minutes official web page. “[The internet is a place] where billions of devices – from home appliances to medical equipment to entire urban traffic light grids – are connected online.”

So, what is the solution to preventing our cars from being hacked?

Well, in the piece, Dan Kaufman– the head of the Information Innovation Office at DARPA– says that his agency is currently working to invent what he calls “unhackable software,” a project that the military has recently become interested in as an attempt to protect and secure their drones. Stressing the importance of the project, he also added that cyber attacks on the U.S. military are happening “every day” and that “the number of attacks is dramatically increasing. The sophistication of the attacks is increasing.” 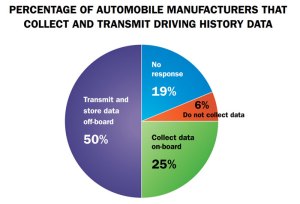 After seeing recent attacks directed at Sony, Target, and a number of U.S. banks, it’d be foolish not to wonder… well, when will our roads be compromised? That question may seem like hogwash, but that’s only because most of us haven’t seen it happen yet– not because it couldn’t.

In fact, in a recent investigation performed by Massachusetts’ senator Ed Markey, he found that, “Nearly 100% of cars on the market include wireless technologies that could pose vulnerabilities to hacking or privacy intrusions,” and that “security measures to prevent remote access to vehicle electronics are inconsistent and haphazard across all automobiles.”

Not enough? Well, in addition to the possibility of car hacking, what if I were to tell you that there has already been a REAL reported attack??

This is actually TRUE. In fact, nearly 5 years ago in Austin, Texas, Omar Ramos-Lopez was arrested by the city’s High Tech Crime Unit after he hacked into 100 different cars, disabling their operating systems and making their horns honk out of control. 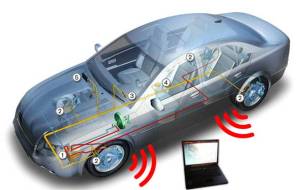 Initially, the incident was written off as a mechanical failure, but after a short investigation, Ramos was found responsible, his motive being that he wanted revenge after being fired from a local Texas Auto Center.

So, if Ramos– a lowly computer geek– can do this, what makes us think that experts from potential enemies couldn’t?

The bottom line is: As we continue to move into the future, we need to start paying this issue a lot more attention. We shouldn’t need a tragic incident or an ungodly attack for us to turn our focus because the facts are all on the table, and the truth is… WE ARE VULNERABLE.