Both Honda and Toyota are being forced to cut back production at a number of North American plants because of labor disputes at 29 different ports along the West Coast. These disputes have essentially placed a blockade for the companies as they continue to wait for shipments of necessary parts.

According to reports, the reason for the dock slowdowns revolve around the fact that Union workers have been working without a contract since July and are currently seeking an increase in pay that parallels the recent surge in the American economy.

These slowdowns, however, are about to enter a complete “gridlock” as the two sides are having problems finding common ground. As the American economy continues to bloom, this has consequentially left a number of businesses locked out of competition, losing millions per day.

USA Today’s William Melch writes, “The dispute has caused a traffic jam for ships eager to unload containers at the big Los Angeles and Long Beach ports as well as more than two dozen others in three states. Ships are standing at anchor off the big Southern California ports, where giant container-carrying vessels daily deliver products ranging from automobiles to e-cigarettes intended for U.S. businesses and consumers.”

One of the hardest hit by the dispute, of course, is Honda. In fact, currently, operations at 6 different Honda plants have been impacted, including:

“At Honda, we have been working to maintain the flow of parts to our North American plants, including utilizing alternative means of transportation, in the effort to maintain production for our customers,” said Honda spokesman Mark Morrison. “Despite our best efforts, however, the prolonged slowdown at the port operations will soon begin to impact some of our North American production operations due to parts shortages.”

Recently, Honda has indicated that they may choose to use air cargo methods to deliver the necessary shipments. This, unfortunately, will cost the company much, much more. 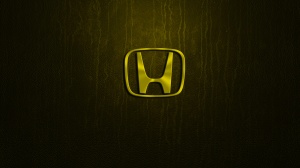 Both the slowdown and the increased costs have not surprisingly trickled down to the Honda factory workers. According to Honda, as they try to figure out their current strategy, they are having plant workers focus on maintenance activities and other ongoing business. For those not occupied, well, they also have the option of using paid vacation time or taking time off without pay.

Things are not much better for Toyota, either.

While there have been no official reports about which plants have been impacted by the slowdown, there have been reports of certain Toyota plants recently switching to air cargo methods, including a Subaru plant in Lafayette, Indiana. According to Fuji Industries, who is in charge of making the Subarus, the switch to air delivery has increased the costs of the plant by a whopping $60 million per month.

Ironically, that money would probably serve well in settling the current docking dispute.