Late last year, Elon Musk dropped a surprise on the automotive world with the never-before-seen Model S P85D– a high-end all-wheel-drive electric car. In regards to its performance, Musk said that he wanted the P85D to replicate, and even blow away, the acceleration found in some of the world’s greatest supercars. 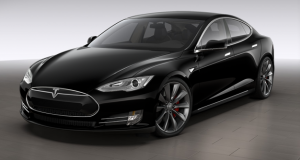 With that goal in mind, Musk and his team of Tesla designers were able to build the P85D into a speed demon, achieving a wild 691 horsepower and a 0-60 time of just 3.2 seconds! That is just .2 seconds behind the Ferrari 458 Italia!

Earlier this week, in an attempt to showcase the blasting instant torque, Elon Musk tweeted a video of people’s reactions when experiencing the rapid acceleration first hand. So far, the video has gathered over a million views and turned a whole new wave of people into Tesla believers. Check out the video below, and prepare to have your mind blown!