Originally debuting in 1998, the Gran Turismo video game series has grown into the quintessential automotive experience for gamers around the world. For gamers and non-gamers alike, though, it has also served as a go-to spot for some of today’s automaker’s most forward thinking concepts. 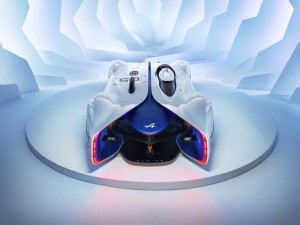 An undeniable design gem, the Alpine Vision Gran Turismo features a virtual 5-liter 450 hp V8 engine that helps propel the exciting carbon-fiber ride to a top speed of 199 miles per hour. Helping to enhance all of its capabilities even further, this ride has been stripped of all luxuries, including the roof, leaving an open cockpit for the driver.

As far as styling goes, this ride didn’t hold back, either. The Alpine Vision features a modern, state of the art design package to help facilitate aerodynamics. Included in this design is a splitter that is designed to channel airflow along the body sides, as well as a large lateral air intake and long lateral rear fins.

Why stop there, though? The ride also incorporates other performance based features, including air brakes, vertical fins in the rear, and a front end that was inspired by the A110.

So, why did Alpine spend so much time designing a fake car? Well, there is, of course, the exposure factor, but the company also says that they hope to incorporate many of these designs into future models. 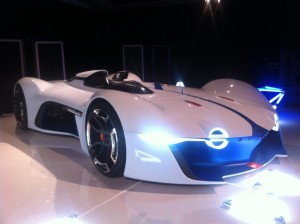 Alpine chassis development engineer Terry Baillon says, “This virtual concept car bridges the gap between the Alpine A450 race car and the 21st Century Berlinetta. It was important to define this vehicle by imbuing it with the true Alpine genes. In terms of performance, it slots between the LM P2 endurance racing prototype and our forthcoming sportscar. If you look carefully, you may discern some of the handling characteristics of our future road-going model, while at the same time retaining features specific to the prototypes that compete at Le Mans.” 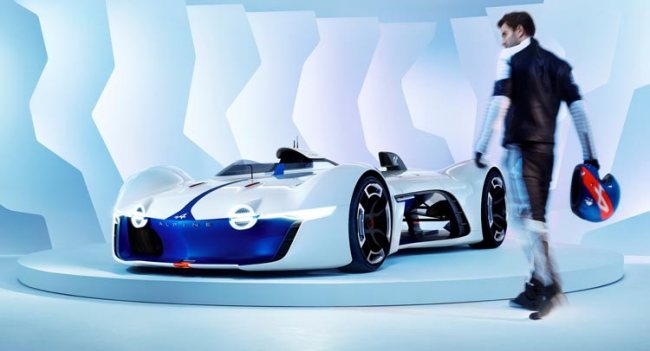