Just days before its debut at the North American International Auto Show, Toyota has released the first images of the brand new 2016 Toyota Tacoma. In the pictures, we see a 4×4 four-door Double Cab model that is equipped with an entirely new frame and interior, a muscular body shape that is more in line with the Tundra pickup and 4Runner SUV.

There is no word on the official specs of the truck, but many insiders are expecting the Tacoma to feature a choice of V6 or four cylinder engines. Early reports also indicate that this truck will be loaded with advanced features.

The 2016 Tacoma is expected to go on sale late this year and continue the Tacoma’s recent dominance of the midsize lineup. Of course, stiff competition from the Chevrolet Colorado and GMC Canyon may make that a little more difficult than in years past. 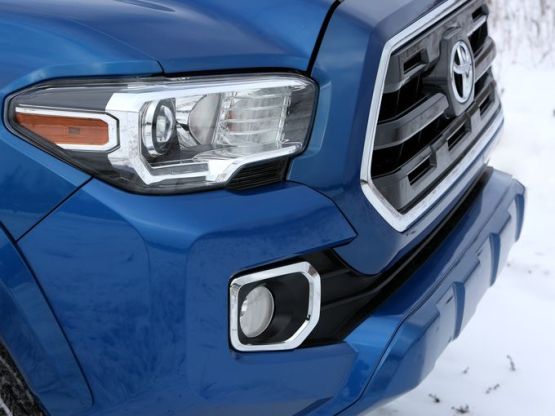