Thursday, GM announced that they will be recalling 92,221 full-size trucks and SUVs due to a malfunction in the ignition lock system. The recall covers certain 2011-2012 models and 2007-2014 models that were repaired with defective parts. 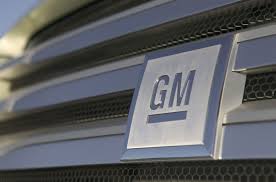 According to reports, the ignition lock actuators may be too wide, which makes turning the key difficult in hot conditions. “Also, the timing of the key movement into the accessory position relative to crash sensing could result in the airbags not deploying in certain crashes,” says company spokesperson Alan Alder in a statement. There have been no crashes or injuries reported with the malfunction. The vehicles impacted include the:

Thursday’s recall also pushes GM’s unbelievable recall culture into another year. During 2014, GM issued 84 different recalls (that’s one every 4 days!!) that totaled 30.43 million vehicles worldwide. That total demolishes the recall record for a company during a single year, and almost matches the total single year recall record when combining all companies together.

Check out the full list of GM’s 2014 recalls here.