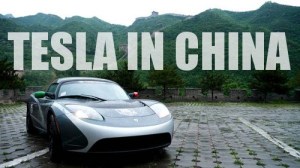 In an attempt to boost worldwide sales, Tesla has announced that they will help Chinese buyers trade in their old cars if they buy a Model S. The company will deduct the value of the sale from the price of the Model S, which is not exactly cheap, starting at 648,000 yuan ($104,000) in China.

For those that may have forgot, Tesla initial moves into China came just earlier this year (April). Since that time, they have made a concerted effort to establish the company in one of the world’s largest markets by developing a network of charging stations and putting a lot of time into outreach efforts.

That’s because “[Tesla wants to] replicate its American strategy in China,” says Shanghai-based Tesla executive Dan Hsu. He also said that he thinks sales can be “even bigger” in Asia than the United States. 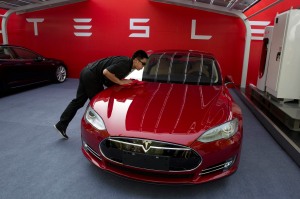 Tesla has also indicated that they plan to build Tesla’s within China in the next 5 years, further establishing themselves as an integral part of the Chinese market scene. Currently, the Cali-based company has nine stores and service centers in six different Chinese cities, along with 700 power stations in 70 cities across China– making it the biggest network after the United States.

“China has almost 10 times as many cities with more than 1 million people compared to the United States, so we believe the opportunity is substantial…We continue to open stores and service centers worldwide to support our global expansion. For the rest of 2014, the rate of location openings will be fastest in China, followed by Europe, and then North America,” Musk and CFO Deepak Ahuja wrote in a company newsletter to shareholders earlier this year.