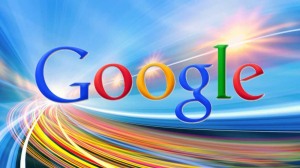 Yesterday, Google made waves by releasing a photo and statement about their first real self-driving car prototype.

The statement said, “Today we’re unwrapping the best holiday gift we could’ve imagined: the first real build of our self-driving vehicle prototype… We’re going to be spending the holidays zipping around our test track, and we hope to see you on the streets of Northern California in the new year.”

Over the last few months and years, Google has been investing a great deal of time and money in developing different prototypes (which everybody has seen by now; check below), each of which featured different angles of self-driving technology, such as laser guided steering.

This latest release, however, combined all of the different elements; “We’ve now put all those systems together in this fully functional vehicle—our first complete prototype for fully autonomous driving.”

So, when exactly will one of these bad boys be available for purchase?

Well, according to a report from The Wall Street Journal, Google is currently shopping the polished technology, looking to partner with one of today’s major manufacturers.

“We don’t particularly want to become a car maker,” Chris Urmson, the project’s director, said in his interview with The Wall Street Journal. “We are talking [with] and looking for partners…We are still assessing the business model. We don’t know what the right relationship is.”

“[There are] a lot of amazing companies in the Detroit area and internationally that know how to make cars… it would be goofy for us to try to replicate [their expertise].”

So this is cool: Introducing the first real build of our self-driving car prototype → http://t.co/yn86oyre8W pic.twitter.com/xONFdYntUY

Currently, nobody is quite sure what the future will hold, but everybody is paying close attention. That’s because unlike most of the self-driving technology being developed by automakers (which tries to mix autonomy and driver control), Google is the only legitimate business threat focusing solely on fully autonomous technology.

“Mr. Urmson said it is difficult to get a driver who isn’t paying attention to the road to suddenly—and safely—retake the wheel,” writes Joseph B. White. “Further… a partially automated car ‘doesn’t help a blind man get lunch or help an aging widow get to her social events.’”