Move over Ford, GM, and Chrysler; Toyota is coming to town! 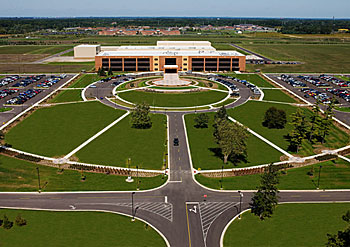 Earlier today, Toyota announced that they will be forcing their way into the Detroit auto scene as they plan to invest a whopping $126 million in their Ann Arbor Technical Center to expand powertrain operations and consolidate vehicle development operations. As part of the investment, Toyota will also be moving 85 jobs from sunny California to the Michigan tundra.

“The Technical Center continues to be a vital part of our growing North American operations that enables Toyota to package greater value for our customers,” said Ed Mantey, senior vice president at the Toyota Technical Center. “Centralizing our vehicle development and powertrain functions here in Michigan is beneficial for our decision-making process and allows us to better respond to changes in the marketplace while improving the speed at which we can offer technology advances to customers.”

Of the $126 million, Toyota will be spending $50 million towards the construction of a 260,000 square-foot prototype development facility and will be using the other $76 million as part of the powertrain engineering investment.

The move comes at an interesting time for Toyota, a company that is adamant about reshaping their United States operation. It was just earlier this year that Toyota moved its U.S. headquarters from Torrance, California to Plano, Texas– which is right outside of Dallas. 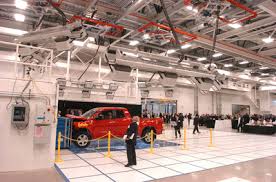 Currently, Toyota assembles 75% of their American car and truck inventory within the United States, housing assembly plants in Kentucky, Indiana, Texas, and Mississippi. They also have engine plants in Alabama and West Virginia.

This North American presence has helped the Japanese automaker continue their recent run as the world’s most lucrative automaker. Moving forward, Toyota hopes to continue developing here in the United States, and they hope to do it the right way by integrating into the local communities and building a strong infrastructure.

“Toyota’s expansion in the Ann Arbor region is a clear indicator that we offer the perfect infrastructure, talented workforce and support for a growing business,” said Ann Arbor Spark CEO Paul Krutko. “Toyota could locate its North American powertrain operations anywhere but chose Ann Arbor; the company’s investment and the jobs it will create are a continuing win for our economy.”