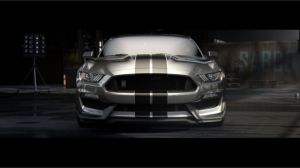 Just days before the Los Angeles Auto Show, Ford has decided to give us a sneak peak at their latest offering: the GT350 Mustang. Taking the torch from the historic line of Shelby Mustangs, Ford says that the GT350 is their most powerful naturally aspirated production engine ever.

Cranking out this power, the GT350 features a flat-plane crankshaft 5.2-liter V8 engine that fires out more than 500 horsepower and a torque peak above 400 pound-feet. All of these specs just seem to re-iterate Ford’s goal to favor on-track performance over drag performance.

“When we started working on this car, we wanted to build the best possible Mustang for the places we most love to drive– challenging back roads with a variety of corners and elevation changes– and the track on weekends,” said Raj Nair, Ford’s group VP, in a statement. “Every change we made to this car was driven by the functional requirements of a powerful, responsive power plant– nimble, precise handling and massive stopping power.”

Looking at the details, it appears that Ford is adding a bit of European flare to their iconic, All-American car. This is especially evident when looking at the newly instated flat-plane crankshaft V8, which is typically associated with European sports cars and racing cars.

For anybody that’s been following Ford, this should be no surprise, though. Throughout 2014, Ford has been seriously preparing to engage with a more global market (a feat that has been problematic in the past). Knowing this, a transition to a more Euro-friendly engine should definitely be expected. 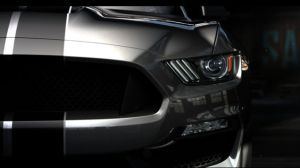 But even with the changes, Ford doesn’t want consumers to worry about them going too soft. Jamal Hameedi, Ford’s chief engineer, says, “Make no mistake, this is an American interpretation of a flat-plane crankshaft V8, and the 5.2-liter produces a distinctive, throaty howl from its four exhaust tips.”

As far as styling goes, Ford has made quite a few changes from their base pony car– which went on sale earlier this year. For the Shelby GT350, the bodywork is lower and tighter around the engine, which was implemented to reduce drag and increase downforce. Additionally, the ride also features a lower front splitter, a contoured belly pan, and a rear lip spoiler to help funnel airflow.

All of this was changed in the name of performance. Ford design director Chris Evenson says, “Everything we changed on the GT350 is purely functional-driven design, with the goal of improving the overall performance of the car. We optimized the aero shape of the car, and then fine-tuned what was left to increase down force and cooling airflow.”

So, the real question is: how do you like the new specs and features on the GT350 Mustang? Did they go to European for your tastes? Or were the changes made just a natural step in the evolution to a better product? 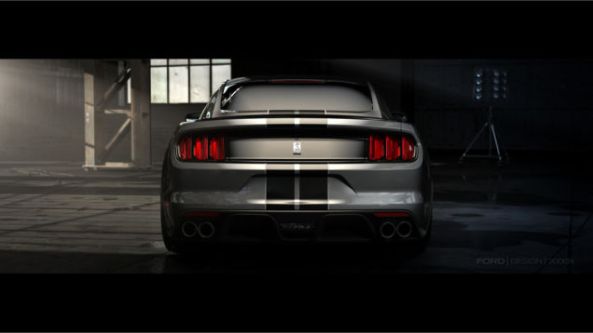