SEMA has officially kicked off today, as thousands of starry-eyed gear heads have swamped the Las Vegas Convention Center. Every where we turn there are women and cars, trucks and wildly radical build-ups. It’s like a heaven on earth.

As the crowd buzzes about what’s hot and what’s not, it seems that one movement in particular has already seemed to surge to the top of discussion boards: the UNBELIEVABLE Jeep catalogue. Let’s take a closer look at what’s going down with the SEMA Jeeps… 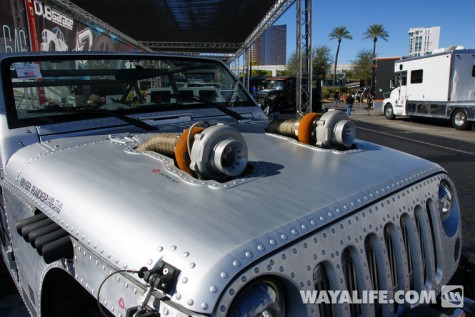 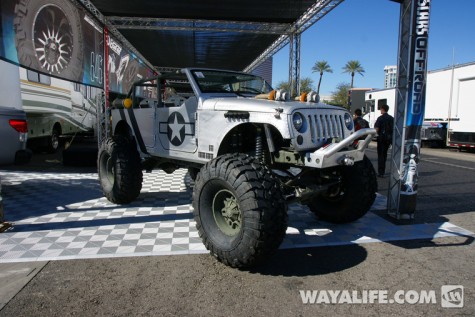 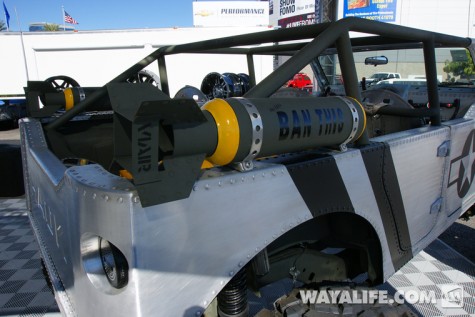 One of the most vicious Jeeps appearing in the SEMA line-up is the River Raiders Tomahauk. With this massive and extremely tall creation, River Raiders owner Kenny Hauk has created a WWII bomber themed ride. This bad boy features mock missiles on the back end, endearingly reminiscent of Kubrick’s Dr. Strangelove. The vehicle body appears have a solid steel body and has been branded with old school Air Force insignias. 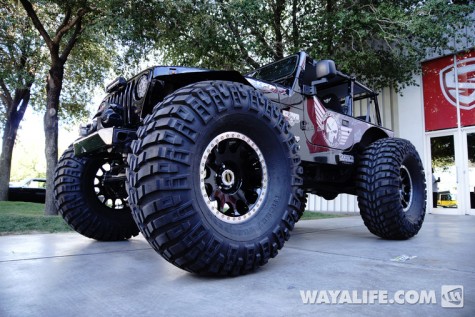 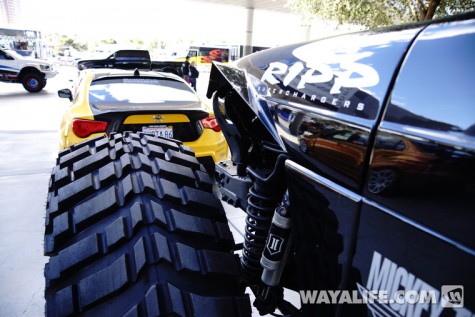 Okay, this is one of my personal favorites. Featuring a 3-link front, tri-link rear, chop top, and 46″ tires, this monster has enough scare-tactics to make even the most seasoned bad ass crap in their pants. Also included in the build-up are some monstrous Mickey Thompson tires, a Warn winch, and a jacked up lift. 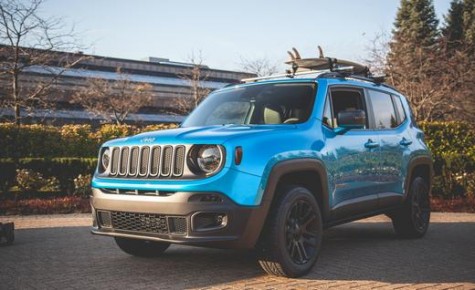 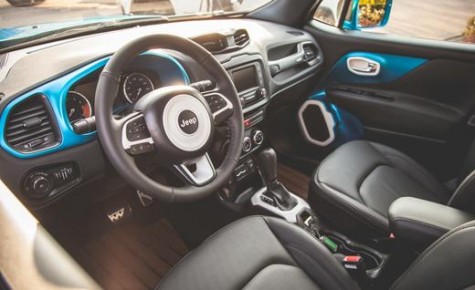 Jeep has made a splash with a couple of Renegade “Frostbites” on display. To hammer down the Frostbite image, Jeep has gone all arctic on us with their white and blue color scheme. Included on the ride are blue front grille surroundings, partially blue wheels, and blue mirror caps. On top of the vehicle, Jeep has placed a Mopar roof rack to hold skis and snowboards, while in front they have included a rock rail guard to help handle the off-road elements. Inside, the ride doesn’t let up, either, and features “pearl seats” covered in a materil from Katzkin, the self-proclaimed leader in automotive interiors.

Those make our list of the top three Jeeps here at SEMA, but there are dozens more, too. Check out some of the footage below. Enjoy!