For decades, environmentalists have been all over the anti-truck movement, saying that the bulk and lack of efficiency is just unnecessary. But in the last few years, much of these nagging criticisms have been tossed to the wayside. Why? Well, it’s because truck manufacturers have so dramatically increased their products’ efficiency and capabilities that there is very little room left for any back talking. 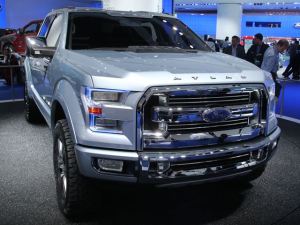 This efficiency movement, of course, has been achieved through cut-throat competition and attacked differently by each manufacturer. All in completely innovative ways. John Cappa of Pickuptrucks.com says, “All three major manufacturers have attacked the mileage problem from different angles, and all three have come up with unique and viable solutions.”

Currently, the biggest and most anticipated fuel efficiency development coming from the Big 3 is undoubtedly Ford’s decision to go aluminum. Some have been critical of the move and some have unleashed doting praise upon it. But no one has been able to deny its impact on fuel efficiency.

Matthew Rocco of Fox Business says, “By switching from steel, Ford cut 700 pounds from the nation’s best-selling pickup. While the company has yet to release fuel economy estimates, analysts widely expect the 2015 F-150 to get better gas mileage than previous versions.”

Only adding to the Ford F150’s push for fuel economy dominance is a new “super fuel economy” package that will be powered by a lightweight and compact 2.7-liter twin turbo V-6 equipped with stop-start.

But why has Ford made such a hard push to up its fuel efficiency? 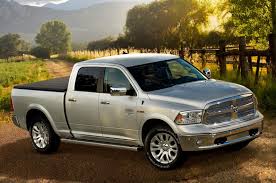 Well, it’s all been aimed at a take down of today’s current fuel efficiency pickup champ: the Ram 1500. Richard Truett of Automotive News says, “The 2015 Ford F-150 has two targets to hit: It has to get at least 26 mpg highway to claim most fuel efficient gasoline-powered pickup and 29 mpg to claim the overall. Ram owns both titles with the gasoline-powered Ram 1500 HFE and Ram 1500 EcoDiesel.”

It’s a battle that will soon be waged on public grounds. Yesterday, the Green Car Journal announced the finalists for the “Green Truck of the Year” award. These finalists include: 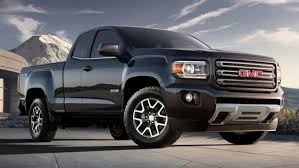 Despite the nominations, very few experts think that the GM born products have any legitimate chance at winning the award. Don’t get me wrong; they are great new trucks with their own unique and innovative features. It’s just that they aren’t as game-changing and impactful in the fuel economy department as the other two. The main claim to fame for fuel efficiency of these GM trucks is an advanced 240-hp 3.0-liter EcoDiesel V-6 engine with 420 pounds-feet of torque mated to an eight speed automatic transmission. Essentially, this pushes the envelop for GM’s previous models, but comes nowhere close to touching the Ram EcoDiesel engine.

Regardless, it’s a packed field that represents an overall shift in values for the pickup truck world, a shift that has silenced critics and revitalized a once wounded market.