If you’ve ever been arrested, you know what a bitch the whole process is. The handcuffs. The humiliation. Dealing with the the arresting officer. The night in jail. It all sucks. 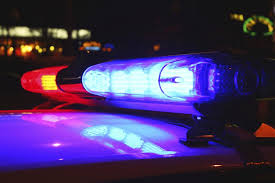 But what if it didn’t have to suck? Maybe, it could be different if you just had the right attitude. That’s where we could all learn a thing or two from Travis Husnik and Heather Bastin of Oconto, Wisconsin.

When the arresting officer saw what was going on, he immediately stopped the car and demanded that Husnik pull up his pants. Then, he moved him up to the front seat.

After saying this, the angry judge turned to Husnik and said, “At a minimum, the mildest word that I can think of, the most favorable word I can think of, is your conduct is completely disrespectful to the officer. The process of being arrested is supposed to be somewhat unpleasant… and you end up having a tryst. Incredible.”

Husnik was then sentenced to 90 days in jail. According to reports, part of this also has to do with his extensive, unlawful history that includes 19 convictions. Some of these convictions include felony battery to law enforcement in Brown County and three felonies for resisting or obstructing an officer.

As for his female friend, who judging by the mugshot doesn’t seem too pleased with the way Husnik laid down the pipe, she was sentenced to 48 days of time served.