No automaker ever has had a worse year than GM has had in 2014. Between the world famous cover-up and the recalls of more than 30 million vehicles, it’d be hard to believe that things could ever get worse.

Well, GM has somehow found a way to compound their problems by once again falling into hot water.

This latest wave of diarrhea s*** started yesterday when GM announced a recall of 117,651 vehicles in the United States, Canada, and Mexico.  According to the official report, these vehicles were recalled so GM could fix a potentially faulty chassis-control system that could fail and increase the chances of a crash. 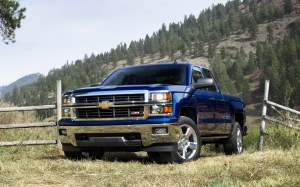 It was also reported that this malfunction could cause an electrical short that could stall the engine, block the engine from starting, and/or restrict the trailer brakes of the vehicle from working.

“If the vehicle experiences this condition and stalls while in motion, there could be an increased risk of a vehicle crash,” said GM in a notice to dealers.

The impacted vehicles in this recall include:

The 2nd and 3rd Recalls

Typically, one recall action would mean a horrible week for an automaker. But this is GM we’re talking about!!! They’re always looking to up the ante.

So, I guess nobody should be surprised that only 24 hours later GM announced two even more MASSIVE recalls, involving a combined 524,000 vehicles!!!!! 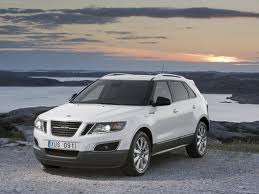 The larger of these two recalls was caused by, according to the company, improper torqueing that could result in a loose joint and worn threads that “could cause the toe adjuster link to separate.”

The impacted vehicles include:

GM has indicated that there have been 3 crashes and 2 injuries related to this crash. Mark up that record-breaking 2014 total!!

Now, let’s get to the third recall. Yes, I am serious. Third. Recall.

The automaker will be recalling 89,294 2013-2015 model-year Chevrolet Spark models because corrosion can cause the secondary hood latch striker to stick in the open position. If the primary latch is not engaged, the hood could violently and unexpectedly swing open, causing restricted vision for the driver. Good luck trying to go all Stevie Wonder down the highway!!

GM, once considered the country’s premier automaker, has without a doubt become the country’s biggest joke this year. And in keeping with this new reputation, GM didn’t stop at their astonishing “3 recall” 24 hour cycle. 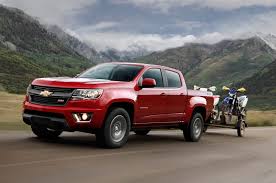 Today, GM also announced that they will be halting deliveries on all of their BRAND NEW 2015 Chevrolet Colorado and GMC Canyon pickups.

The reason…. an airbag defect.

They added that they are planning on reprogramming the airbag’s sensing and diagnostic module with new software to eliminate the problem. The company said the trucks will then be available “in the next few days.”

The troubling thing about this halt, of course, is that CEO Mary Barra has been preaching all year that GM is entering a new era, one with much more attention to production and quality. But if this was really the case, how could they have let deliveries and sales (49 of these trucks are already in customers’ possession) begin on these trucks without making sure that everything was in working order?

It looks like we still got the same ole GM, just a different talking head.

3 thoughts on “GM Recalls Hundreds of Thousands of Vehicles”