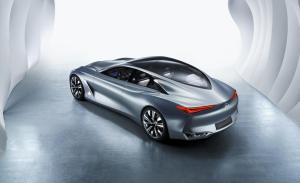 Today, at the Paris Motor Show, the Infiniti Q80 Inspiration was flaunted for the drooling and rabid writers. It was dolled up for the peeping photographers. And for the ravenous auto fanatics, it is now spreading across the internet faster than a bad case of Ebola.

By the sound of it, it certainly is deserving of all of this attention. I say this because this vehicle is extremely important in marking a new era of design and technology for Infiniti.

Infiniti re-iterated this last week, saying, “After showing the Q30 Concept and Q50 Eau Rouge, Infiniti is eager to show the upper range of our portfolio expansion. In the Q80 Inspiration, we wanted to capture that unforgettable feeling when you experience something important, something beautiful something magnetic for the first time.”

According to freshly released reports, the new Infiniti does this with a new 3-liter V6 engine that is coupled with twin turbos and a hybrid system that can crank out 550 horsepower. Infinti says that this new engine design will only evolve in future years, “spawning a family of future power sources within the next two years” (Motoramic).

Adding even more to the new wave of Infiniti design is the vehicle’s new body, which features “an advanced adaptive suspension” with a light chassis that “combines with the acoustic glass all around and additional sound deadening.”

But perhaps, the most anticipated break from the past comes with the technological components found in the new Inspiration. The highlight of these features is a system that features partial autonomous capabilities, helping Infiniti to join a wave of automakers taking the first steps to a new technology driven future.

Making this autonomy possible in the new Infiniti is a system of cameras, lasers and sensors all aimed at allowing the driver to choose when they would like to hand the car over to the vehicle system.

Infiniti Vice President of Product Strategy Francois Bancon says, “The Q80 Inspiration liberates drivers through intelligent technology and simple execution, rather than confining them, taking over uninvited, and confusing them.”

Bancon also beamed that he believes this vehicle is a game-changer, saying “The Q80 Inspiration concept was born to disrupt the premium sedan category. We aim to do this with elegance, style, and emotion…This car is making a statement. Q80 Inspiration is a precursor of a production model in this segment and, as such, integral to our future.”

What do you think about the new Infiniti Inspiration? 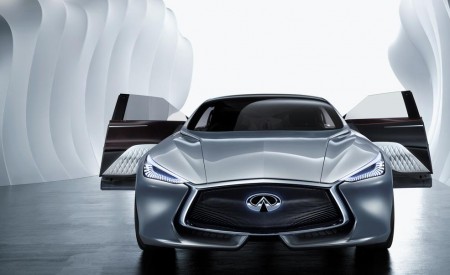