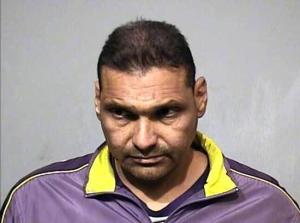 Lourenco was arrested once in Providence, Rhode Island on Sunday and three times in Cumberland on Monday. According to reports, each incident involved a new vehicle, each of which he smashed up (3 collisions involved other cars and one with a tree).

The wild and out of control streak began in the mid-morning Sunday when Lourenco crashed his Dodge pickup into a Pawtucket family’s SUV, injuring two small children: a 4-year-old boy and 6-year-old-girl.

After the incident, Lourenco was transported and treated at the Rhode Island Hospital, where he was put in restraints after threatening an officer and throwing a bottle full of urine at the hospital staff. He was booked and later released with a summons.

Typically, that would have been enough for even the worst drunk’s week. But for Lourenco, it was just the beginning of an all-time pathetic streak.

Early the next morning—this time in Cumberland— Lourenco was involved in yet another incident, apparently having stayed up all night drinking.

In a press release, Cumberland Police Chief John Desmarais says, “He was first encountered on Mendon Road at approximately 7:15 am when the vehicle he was operating, a Chevy Malibu, rear ended another vehicle…He was transported to the Cumberland police station and submitted to a chemical test with readings of .220.”

Lourenco was released to his parents.

But just a few hours later, he was out on the road again, this time behind the wheel of a Plymouth Barracuda. According to reports, an officer saw him driving erratically on Tower Hill Road, before pulling him over and arresting him. It was his second arrest of the day, 3rd overall, and it was just 11 am. Lourenco was once again taken to the hospital and forced to submit to a blood alcohol test. 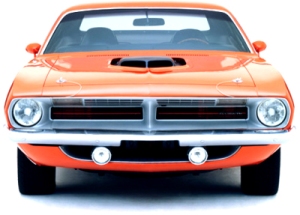 He was released to hospital custody.

But in a wild turn, he was back on the road again later that afternoon. (On a side note, what in the hell were the police and hospital staff thinking?) At 5 pm, this time Lourenco was arrested driving a dump truck!!

“Shortly after 5pm the Cumberland Police received a report of a crash involving a dump truck…The police arrived and found that a dump truck had struck a tree and wall doing heavy damage to all.”

“Mr. Lourenco was identified as the operator of the dump truck. Lourenco sustained minor injuries and was transported back to Landmark Medical Center by Rescue. At the hospital, he was treated, submitted to a blood test and was released from the hospital to police custody where he was held overnight.”

FINALLY, this maniac was detained, effectively ending an all-time disastrous streak, a streak that will most likely keep Lourenco from finding a decent job for a long, long time.