On Wednesday, JD Powers released their annual list of today’s most appealing automotive brands. Taken from an extensive consumer survey, the list was topped by Porsche, Jaguar, and Audi.

Porsche’s victory marks a decade long dominance of the U.S. Automotive Performance, Execution and Layout study. In the study, buyers rate models and brands that they find most satisfying and appealing in 77 different categories. 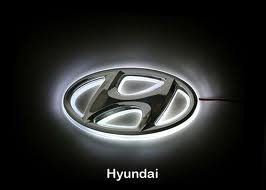 Moving out from under the shadow of the premium market, Hyundai was the highest rated mainstream brand, followed closely by Volkswagen and Chevy. Hyundai’s win in the mainstream market was its first and a huge victory for the company.

Overall scores were pretty much on par with previous years, minus one category of course: gas mileage.

In an interview with Renee Stephens- vice president for U.S. automotive at JD Power- said in a statement, “Despite improvements this year, fuel economy continues to be the lowest-scoring category in the study by a wide margin.”

Below are the complete brand rankings and scores (the top score possible is 1000):