As you’ve probably heard, Georgia man Justin Ross Harris was arrested a couple of weeks ago for leaving his son in a heated car to die. Over the past few years, this type of behavior has almost come to be expected from the bowels of America.

But has there really ever been a case that rivals the detachment and disregard for a child’s life as the current one?

If that seems a bit over the top, just take a look at some of the most shocking details that have emerged from the case:

So far, there have been no charges brought about on wife Leanna Harris, but many across the country are calling for her arrest, as well. 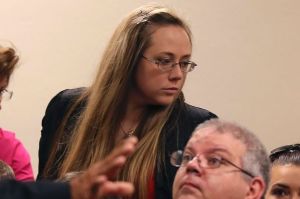 When asked if she was angry with her husband, Leanna raised more eyebrows by saying, “Am I angry with Ross? Absolutely not. It has never crossed my mind. Ross is and was and will be, if we have more children, a wonderful father. Ross is a wonderful daddy and leader for our household. Cooper meant the world to him.”

Now, for the next few months, the American public will sit back and kick up their feet, watching and waiting to see what will happen with the latest “crime of the century.”