Each year, a few cars get the ax. They’re sent to the curb. They get the hook to the neck. These discontinued models end up going to car heaven one by one, until they’re off the roads for good, never to be heard from again.

Check out the list below of the vehicles that will be discontinued after 2014. Are you going to miss any of them?

1. Mercedes SLS AMG- This vehicle was a beast with 622 horsepower and a 3.5 second 0-60 time. Jalopnik’s Jason Torchinsky says, “Everyone should be a little nervous before doing anything with a monster. This Mercedes is an orgasm with Gullwings.” Wow, that’s high praise, and a little disturbing. So, why is it being discontinued? Well, Mercedes is putting out a new version, and they want to dedicate all of their energy into the project. There will even be an electric version of the vehicle! 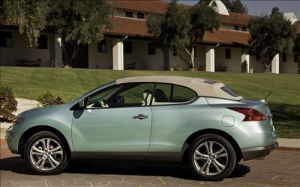 2. Nissan Murano CrossCabriolet- Say sayanara to this egg shaped vehicle. Very few people ended up buying this vehicle, and a lot people often wonder why Nissan even bothered to build it.

3. The McLaren 12C- Hey, I don’t think anyone would mind being seen in this ferocious ride, but it seems that people thought $250,000 was just too much. When McLaren launched the highly successful 650S earlier this year, they knew that it was time to wave goodbye to the 12C.

4. Mitsubishi Lancer Evo- The Evo was an undeniable smash hit when it first hit the market back in 2003. However, over the years, the car’s sales have dropped. Regardless, this car will always be remembered as a staple of the early years of the new millennium.

5. Toyota Rav4 EV- Originally, this vehicle was born out of a partnership between Toyota car models and Tesla batteries. However, Toyota has decided to break free in 2015 and produce their own batteries, leaving the Rav4 EV as a momentary snapshot of a brief partnership.

6. Dodge Avenger- Production of the Avenger has been halted and started back up too many times to count. Don’t be surprised if front wheel drive, mid size sedan is back on the road in a few years.

7. Chrysler 200 Convertible- This spacious, luxury convertible will be calling it quits after 2014. Throughout its run, there were often complaints about a variety of issues, including its bulk. I think Alexander R. says it best in a comment on Car and Driver, “It’s full car size weight is not too far from the weight of a Ford Taurus. This car ate too much chicken, collard greens, candy yams, and cornbread. Needs a weight loss.”

8. Ford E Series Van- Say goodbye to the ultimate working man’s vehicle. Believe it or not, this van had been in production since 1961 and has gone through a number of wildly cool transformations (the original ’61 and the ’72 models were amazing). Also, wasn’t this the choice van of Silence of the Lambs killer, Buffalo Bill?