For years, companies have been falling over themselves trying to connect the growing technological world to the automotive world. There have been prototypes for autonomous cars, there was the huge debate and courtroom battle over driving with Google Glass, and there has been endless chatter about bringing the web to vehicle dashboards.

And as these companies continue to develop, there seems to be two extremist groups growing, each with far different opinions on the matter.

On one side, there is a LARGE group of people that are all for these automotive technological developments. This group can be broken down into three general prototypes, which include:

Then, on the other side of the debate, there are the staunch curmudgeons that hate any step towards technological progress. This group consists of:

In the upcoming years, there will be countless technological upgrades in the automotive world (sorry staunch curmudgeons). But, we do have to be careful.

For example, regardless of some people’s opinions, there is no way a person should be able to drive while they are using a Google Glass device (sorry tech junkies). Also, it probably isn’t a good idea to give drivers the option to text and drive. It’s just unsafe, and the statistics prove it.

According to a recent study done by Common Sense Media: 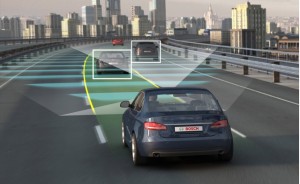 As we move forward, it is extremely important that companies progress at a steady pace with safety in mind. They need to make sure that our vehicles are not susceptible to cyber-attacks, and they need to make sure that people do not get injured from malfunctions. This might mean that some technologies will have to be left out, but so be it. Now, we just have to figure out where to draw the line.

3 thoughts on “Autonomous Cars, Dashboard Internet, Google Glass… Where Do You Stand on Automotive Technology?”