It seemed like just yesterday that the public viewed electric vehicles as pathetic with no staying power here in the United States. They were too sissy, everyone said. Too European! 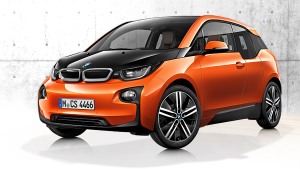 The BMW i3
Image courtesy of BMW.com

Well, smack my ass and call me Nancy! These electric vehicles are the real deal in today’s market.

Not surprisingly, all of today’s major automakers are hopping on the electric bandwagon; the latest being BMW. Last year, when they initially showcased their new 2014 BMW i3, the company was only planning on unrolling 10,000 units for the 2014 year. However, they were met by huge waves of eager, anticipating buyers.

Shocked by the popularity, BMW has now widened their ambitions, stating that they hope to be building 100,000 electric vehicles per year by 2020… 100,000 vehicles!?!?!!… BMW chairman Norbert Reithofer says, “Customer demand [for i3] is exceeding our expectations… We believe the electric motor is a future technology for zero-emission driving in urban areas. Battery technology will continue to progress.”

Of course, BMW, along with other major automakers, are increasing their electric vehicle output partly in response to government restrictions. Reithofer says, “We will be forced to build them in a six digits figure to comply with stricter emissions rules.” 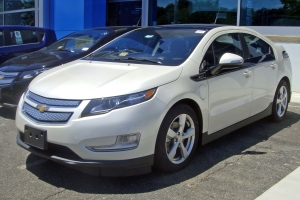 Currently, the Chevy Volt is one of the dominating vehicles in the electric market.

Originally, companies were not happy about the increasing pressure to abide by developing emissions rules. Last year in a USA Today report, Chris Woodyard wrote, “Automakers are in the uncomfortable position of building mostly at a loss a class of small electric cars that garner a lot of attention but few sales just to satisfy rules.” Many of the cars built during that time were even nicknamed “compliance cars” because companies had almost no interest in building them.

Well, this doesn’t appear to be the case anymore. In fact, the market is so strong that certain companies are falling over themselves in order to break in after a late start. Currently, there are only 16 major electric models from four major players: the Chevy Volt, the Nissan Leaf, the Tesla Model S, and Prius PHV. These four players currently make up more than 75% of annual sales!

Luckily for BMW, they got in on the emerging market just in time to cash in.