During the mid-1950s, the Chevrolet truck lineup went through an intensive re-boot that included the implementation of V8 engines, power brakes, power steering, and a wild wrap-around windshield. Those transformative years eventually culminated in the creation of the prized 1959 Chevy Viking short bus, a truly bizarre classic.

Well, after a request from a client, architect Will Winkelman worked to transform the ’59 Viking into a modern-day vehicle that could provide maximum flexibility and style. In his finished version, Winkelman’s creation features plumbing, power, and what he calls a “guest bedroom.”

For his restration, Winkelman initially started with this abandoned ’59 Viking

This, however, took some intensive work, which was only made harder by the fact that the bus was snagged from a field in which it had been abandoned.

Winkelman says, “The mechanical aspect of the vehicular restoration was huge: rebuilding the frame and mechanicals from the chassis up, tailoring the components to the bus’s body, and keeping the feel, function, and features consistent with a vintage vehicle. The bodyshop lifted the body off and tenderly restored it to its original self, sometimes fabricating replacement parts, sometimes sourcing salvaged parts on the web.”

After that tough, technical restoration, Winkelman then went on to the more luxurious aspects. For these signature change-ups, it was important, Winkelman says, to bring about the feel of the 60s– a time period that this bus originally thrived in.

A great deal of planning went in to this custom job

“The client envisioned a funky, hippy, Moroccan vibe. To that end, it’s like we inserted an alternate life into the bus, a road not yet traveled. We took it back to the 1960s and rooted it there with beads, dangles, and paisleys.”

“For the interior millwork, we translated the design vision into an arts and crafts aesthetic. Quarter-sawn white oak felt like the right fit: not exotic, not trying too hard. It wants to be finely crafted and is evocative of the era.”

“The floor is salvaged heart pine to maximize durability, installed using the original surface of the resawn boards exposed to look like it has been there for half a century.”

But what do you think of the ride? Would you want to take this cross country?? 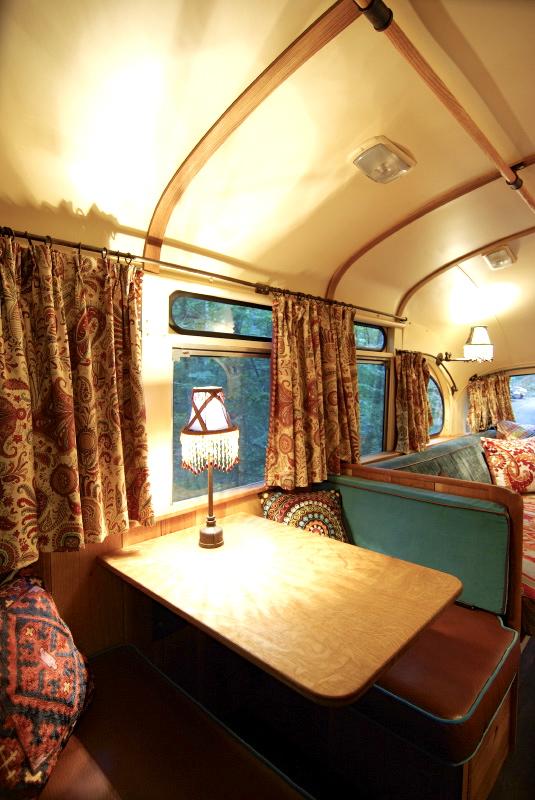 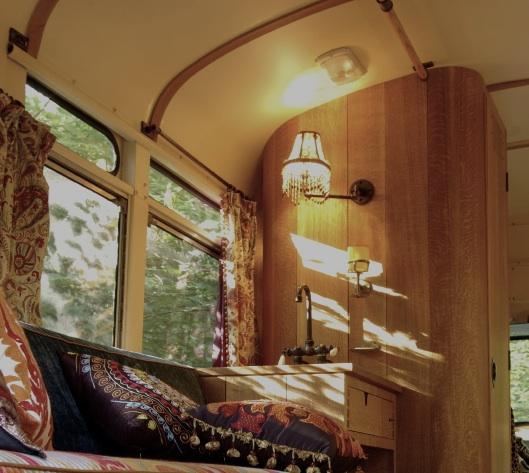 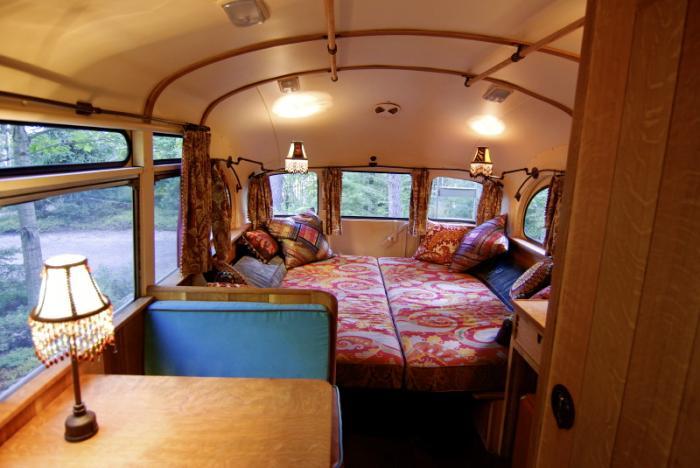