Delphi Automotive has been a leader in autonomous technology for over 15 years, and now, they are pushing the boundaries once again by embarking on the longest fully autonomous trip in American history.

The trip– scheduled to begin on March 22nd– will start in San Francisco and end 3,500 miles later in New York City, travelling mostly along highways. According to the company, the vehicle will travel mostly along highways and a driver will sit behind the wheel time but will not touch any of the controls.

So, what car will Delphi be using for the trip?

Well, it won’t be one of those hideous Google creations; instead, the company has equipped an Audi SQ5 with all of the autonomous technology needed, including radar, high-end microprocessors, and software to make “human-like” decisions.

More precisely, the equipped-Audio will feature six lidar sensors into the car’s front, rear, and sides, along with six radar sensors and a series of cameras– including one that watches and observes the driver. This, according to the company, allows the car to make intricate decisions like managing a four-way stop and getting on and off of highways. 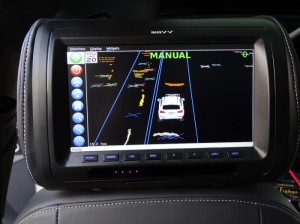 Of course, if the driver is ever needed, the car’s dashboard flashes lights and gives a verbal warning to the driver.

In an interview with The Detroit News, Delphi’s chief technology officer Jeff Owens recently said, “It’s time to put our vehicle to the ultimate test by broadening the range of driving conditions.”

“It’s neat to think about going coast to coast, especially since we’re the first to do it. What we’re really interested in is the massive amount of miles and the data that goes along with that.”

As far as pricing goes, Owens added that the current lidar systems cost about $70,000 apiece to manufacturer, but by 2019, that price should drop to around $5,000, making the idea of accessible autonomous vehicles possible for all people.